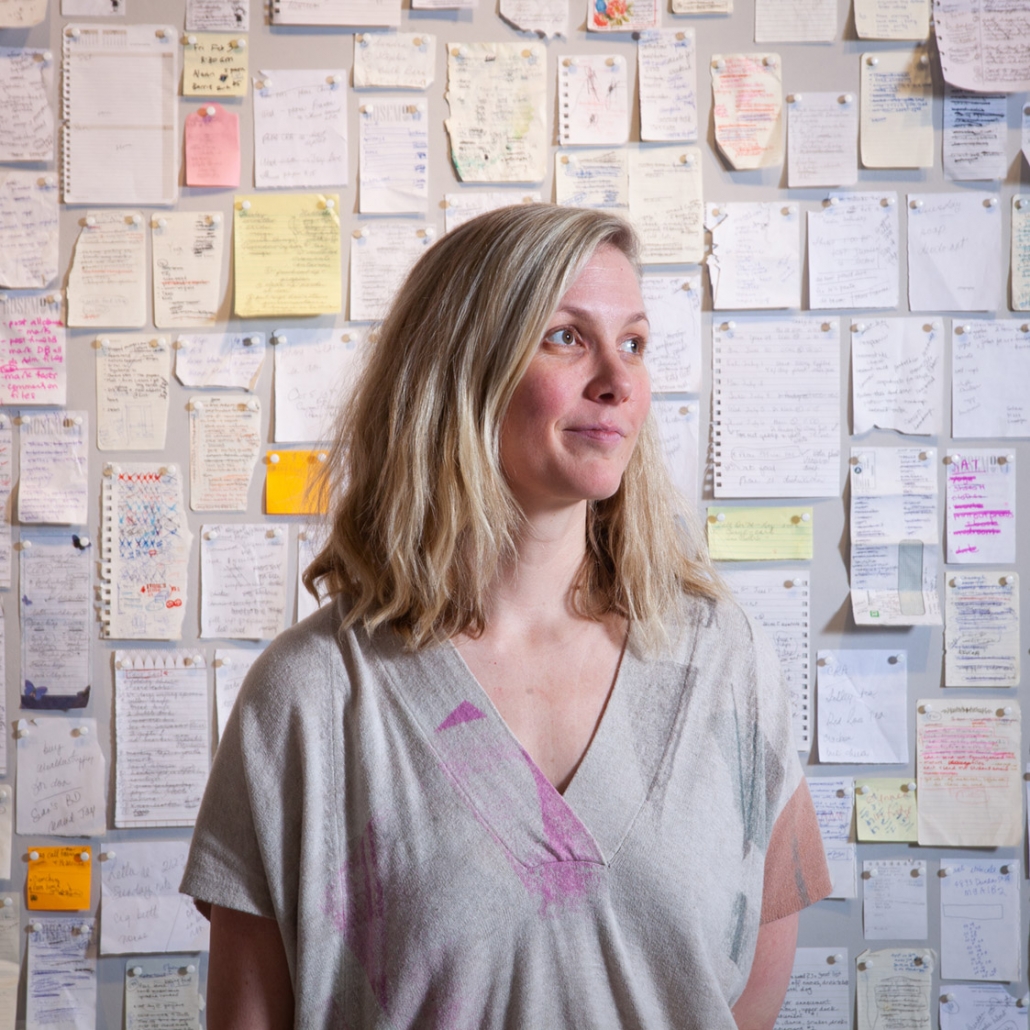 ​Amy Bagshaw earned her BFA from Queen’s University in 2002, and MFA from Stony Brook University, New York, with a focus on fibre installation and multi-media in 2006.  A Graduate Women’s Studies Scholar with a B.Ed in Arts Education, her practice extends to Gender Studies and Visual Theory.  Dividing her time between the Greater Toronto Area and remote Northern Ontario, ​Bagshaw’s intermedia work draws from decades as a painter and mixed-media artist, while exploring themes of mark-making, memory, space, landscape and ephemera through fibre arts, installation, and drawing.

She has exhibited throughout Canada and the United States, including a solo exhibition at The Campus Gallery Reminders (2019, Barrie, ON), Vancouver’s Drawing Festival in 2010, The International World of Threads Fibre Arts Festival in Oakville in 2009 and 2012, and a solo exhibit in SoHo, NY in 2006.  In addition, Bagshaw has shown at The Agnes Etherington Art Center in Kingston, The Agnes Jamison Gallery in Minden, The Thames Art Gallery in Chatham, and participates regularly in the yearly Fibre Arts exhibition Hard Twist at the Gladstone Hotel in Toronto.

Bagshaw has received an Ontario Arts Council Grant, and has taken part in a Self Directed Creative Residency at The Banff Centre.  She has completed an internship at The Brooklyn Museum, and her work can be seen on the cover of Feminist Time Against Nation Time (Dietrich and Hesford, 2008) and Brava Kilo’s album Hang on, you Demons! (2018).  Bagshaw has taught Art History, Studio Art and Art Theory at Thompson Rivers University, Georgian College in Barrie, ON, Centennial College in Toronto, and Stony Brook University in Long Island.  Currently, she teaches at Ryerson University’s School of Interior Design, and is Program Coordinator and Professor in the Interior Design Dept. at Yorkville University, Toronto, ON campus.